From a toy that promotes gender stereotyping to a Play-Doh extruder tool that looks like a penis. We count 10 of the most disturbing children’s toys ever. 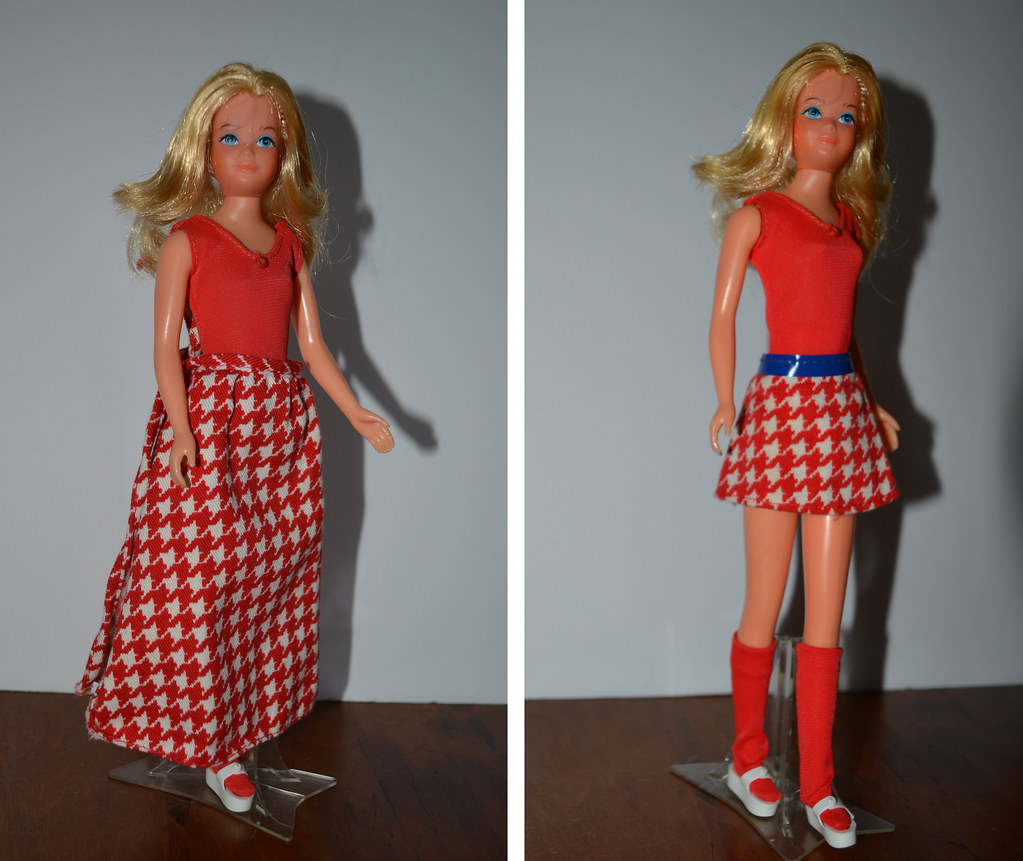 Number 10, Growing Up Skipper. Skipper was supposed to be Barbie’s little sister but in 1975, Mattel decided it was time for Skipper to hit puberty. Mattel settled on the most accurate portrayal of puberty possible, that of course meant when you rotated Skipper’s left arm, she’d grow an inch taller and her boobs would get bigger.

I wonder how many kids suffered from broken arms in 1975 when trying to grow up just like Skipper. Obviously, the doll sparked a lot of controversy, so much that Mattel never tried something so stupid ever again. 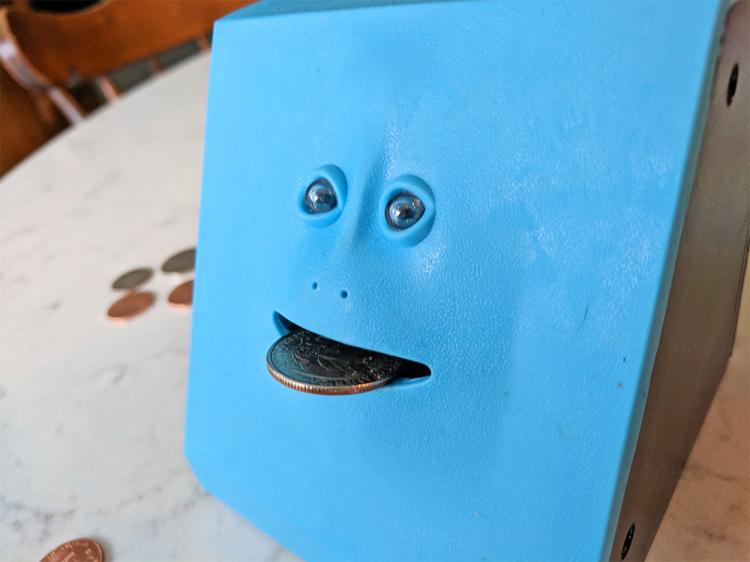 Number 9, Face Bank. The Face Bank exists for parents who wants to terrorize their children of ever asking for an allowance. It’s a battery-powered robot coin eating bank with a creepy face. They come in several colors and variations. Most kids would rather swallow handfuls of change themselves than to come anywhere near this thing.

The company responsible for the Face Bank redesigned their product in order to make it a little less creepy. Face Bank too has a nose instead of having those creepy little eyes that made the first one look like a monkey. Some people think this is less creepy than the first model. Those people have no soul. 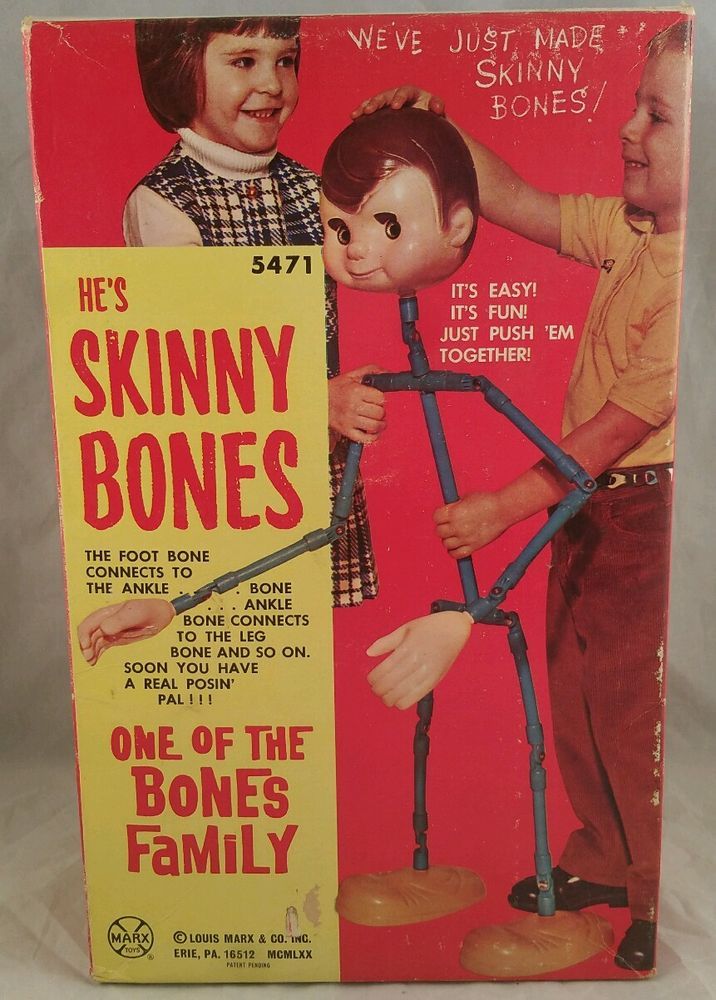 Well, I’m not sure what you’re supposed to do with one once its built but, we think it’s supposed to just stand there silently in the corner of the room. The family includes Skinny Sister, Ginny Bones, their dog Hambones, Trombones, and the horse. Unfortunately, they’ve been difficult to find ever since the manufacturer thankfully released a recall on this. 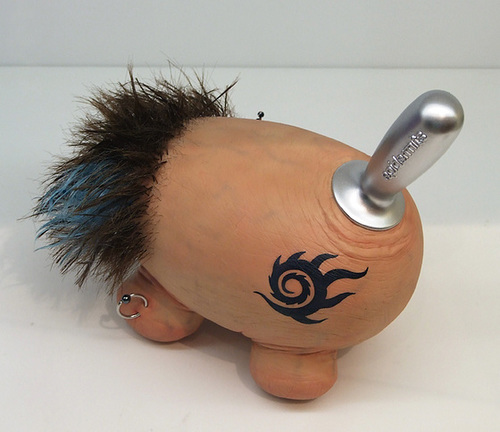 Number 7, Epidermits. The Epidermits toy made by Karten Design firm is a little robotic thing that’s covered with human like skin. This horrible freak of toy nature features robotic fuel cells and more.

You can even program the weird little guy to move and do tasks. If you place it in the refrigerator, you will force it to hibernate and you can customize it with hair, skin, body parts, tattoos, and piercings so you can get your perfect epidermic for you. But, if you get your kid one of these and it robotically follows him around, consider it a one-way ticket to therapy. 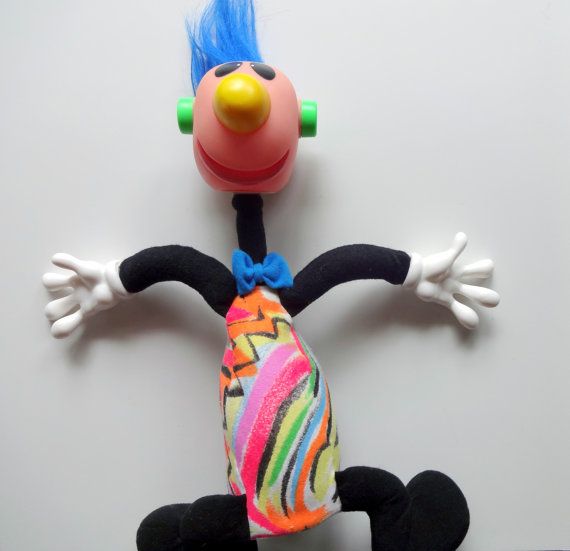 Number 6, Jibba Jabber. Jibba Jabber is a doll that makes noise when you shake its neck. It’s made by the toy company Ertl in the mid-1990s. The doll came with various hair colors including red, blue, pink, and green. It featured a black body with a yellow nose.

The distinguishing property of the Jibba Jabber was the distinct choking or strangling sound made by the wobbling head when shaken. Who on earth was told about shaken baby syndrome? The company responded by placing an insert in Jibber Jabber packaging explaining that while Jibber Jabber is for fun, a lethal form of child abuse involves the shaking of babies. The pamphlet then goes on to list seven ways to react positively to a child rather than negatively. 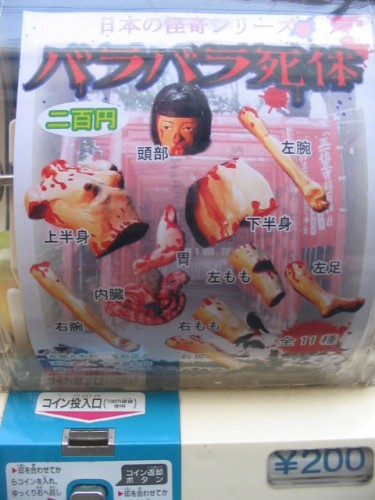 Number 5, Chopped-Up Lady. Only Japan would a toy like this be developed. This toy is a bag filled with an anatomically correct lady who’s being chopped into pieces. She is complete with blood oozing out her wounds and blood splatters on her face. It is perfect for a parent who wants to distract their future serial killer child from killing animals.

The Chopped-Up Lady comes with detached limbs and a facial feature that invokes sympathy to the normal person. 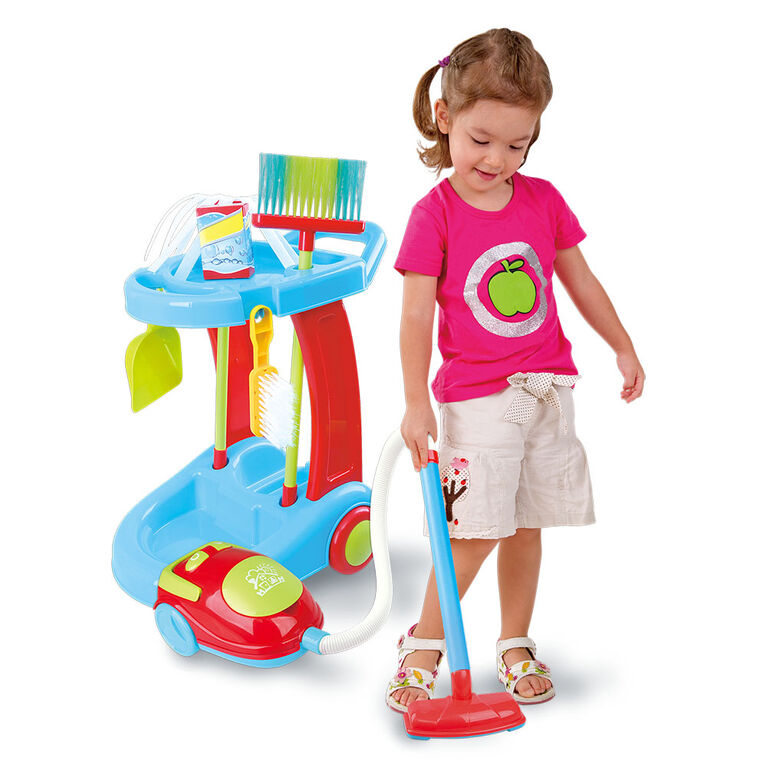 Number 4, My Cleaning Trolley. These girls only toy is sure to inspire your daughter to reach of the sky while dusting the high shelves. This fetching miniature set of pink color includes a real vacuum cleaner, mop, broom, spray gun, and even your very own toilet plunger.

That’s not all, its packaging is prominently marked, girls-only. Several well-known retailers all over America was stocking these toys until parents complained about the stamps saying girls-only on the box. Whoever said gender stereotyping was a thing. 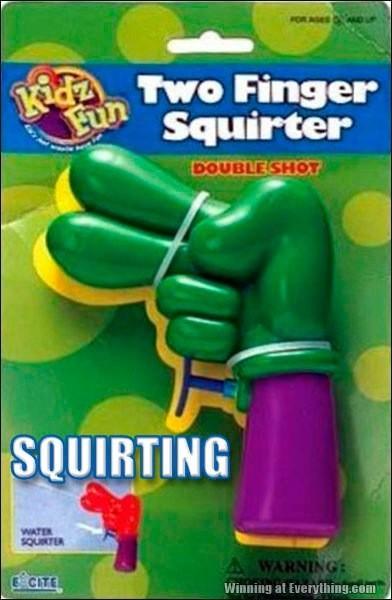 Number 3, Two Finger Squirter. This toy may just be your average war pistol but by the name and position of the fingers on the toy, makes it like it was aimed at an adult audience. Simply fill the water gun with your normal tap water and pull the trigger so you can start getting your friends soaking wet with no puns intended. 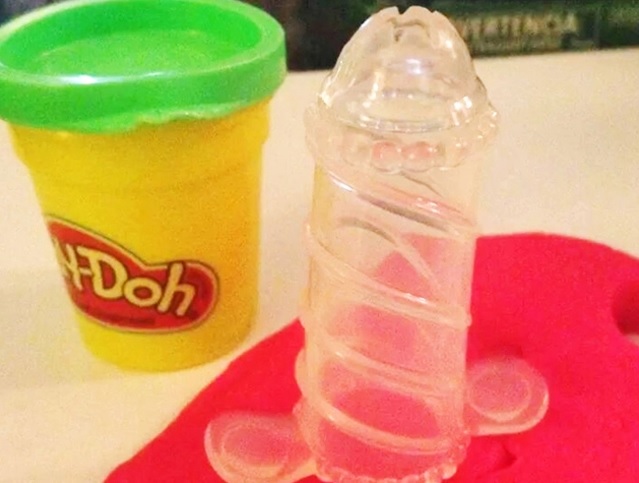 Number 2, Playdough Extruder Tool. Hasbro has been fielding a host of complaints recently from parents horrified to find that the extruder tool found in the Sweet Shop Cake Mountain playset looks exactly like a penis.

The toy first gained publicity in November, but a new wave of comments began appearing on the Play-Doh Facebook page post-Christmas after kids nationwide opened their gifts. One mom even claimed the veiny looking object ruined Christmas. This toy has mostly received positive reviews on Amazon, though a reviewer complained about the extrude tool being a pain to clean and sometimes ends up with clay stuck inside that you have to blow out with your mouth. 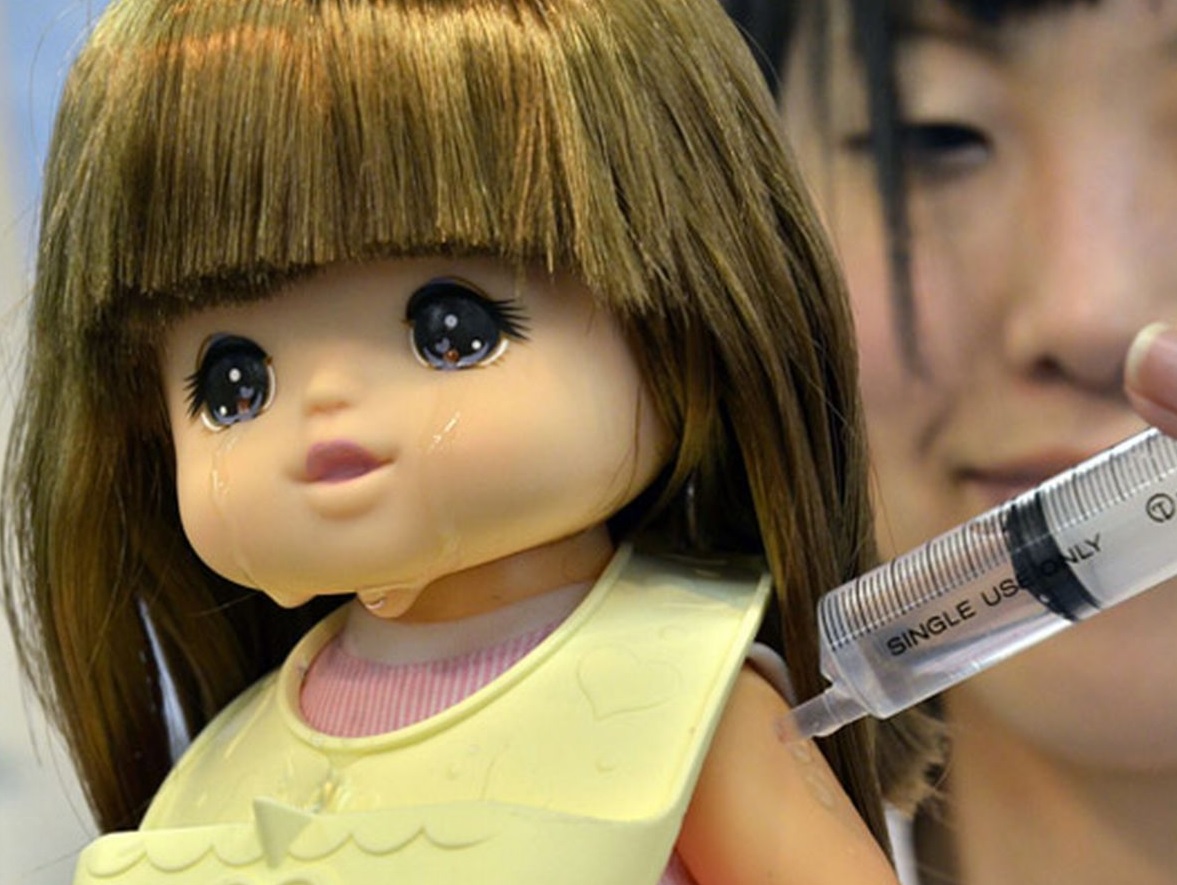 Number 1, Yume Doll that Cries. A Japanese toymaker caused a stir off to create a doll that cries when it’s injected. Water tears pour from baby doll Yume-Chan’s eyes when it is given a needle in her arm.

The bizarre doll is the latest offering from the toy manufacturer Tommy which was demonstrated at a toy exhibition in Tokyo. Tommy tried to make a baby doll experience as lifelike as possible but some people think they weren’t a bit too fun.