What if I told you that a PEZ dispenser could be worth tens of thousands of dollars? Would you believe that a Monopoly board could be worth hundreds of thousands? And can you even fathom a little Hot Wheels car helping you to pay rent for next year? Well, I’m here to tell you today that those old toys in your attic can help you bring in loads of cash. We’re gonna be exploring 11 toys that can set you up and have you rolling in the dough. 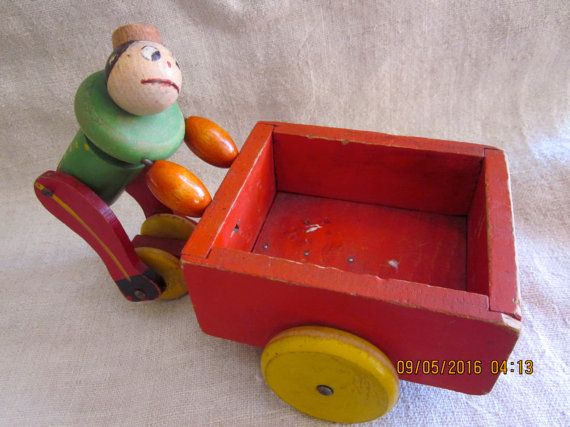 Fisher-Price has basically been sitting on the throne of the toy world since 1930 and one of its earliest toys was this dang boy known as Push Cart Pete. Okay, look. It may sound pretty lame as a toy but, PD boy can sell for upwards of $3,000 today. 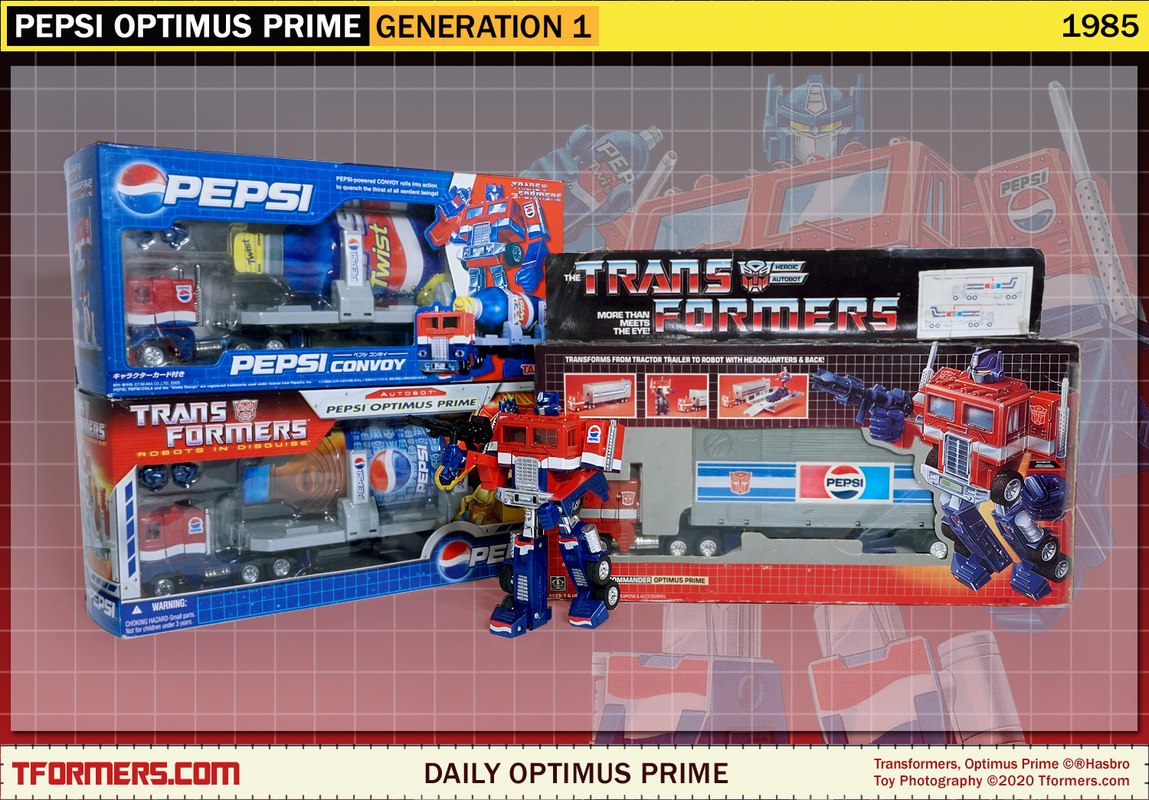 Ladies and gentlemen, welcome to corporate America where you can find some of the strangest collaborations in the world. This next toy in our list is a PepsiCo branded G1 Optimus Prime Transformers Toy; and for real, this thing is more than meets the eye.

A mint condition in box version of this toy recently sold for $3,700. I mean, obviously people believe that the transformers can somehow make money. Six bad movies and another one in development. Oh, you so offended and don’t agree with me? See this real-life clip from the fourth Transformers movie.

The Transformers really died when Shia left. Anyway, Pepsi thought it would be really dope to put some Pepsi decals on our dude Optimus and absolutely ruin the character for everybody. 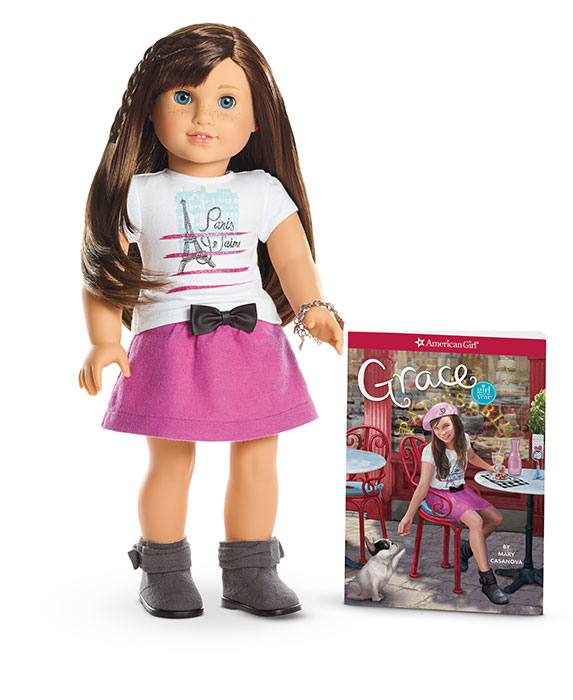 It’s said that the Barbie is the queen of the world then American Girl dolls are the princesses and this could not be more true. Started in 1986 by the pleasant company, American Girl hit the market to sell 18-inch dolls that lived in different times of American history and they absolutely exploded.

The American Girl doll phenome is something of obsession. Now, people are spending upwards of a hundred dollars on these dolls when they first buy them but, we’re gonna talk about one specific doll, Grace Thomas the Baker.

Grace has quite the resume of popularity that includes having a movie made about her and she even won the American Girl dolls Prestigious Girl of the Year award in 2015 which I’m sure she was so honored to receive. Anyway, Grace and her bakery set complete with an additional outfit recently sold for a crazy $4,500. Grace you’re killing a girl keep bringing in the big bucks. 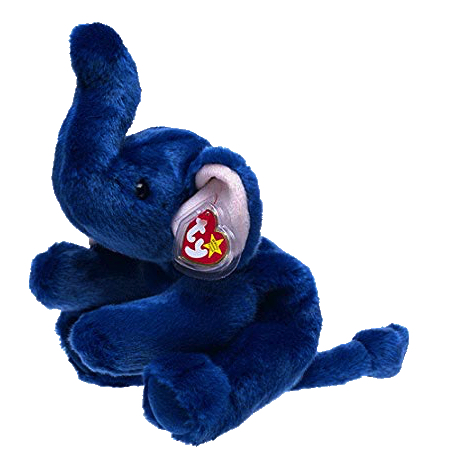 Alright, ready to see our next toy on our list? That’s it but, while this little dude may not look like a lot, he recently sold on eBay for $5,000. This little beanie babies name is Peanut, the royal blue elephan and was introduced by Ty one June 3rd 1995. 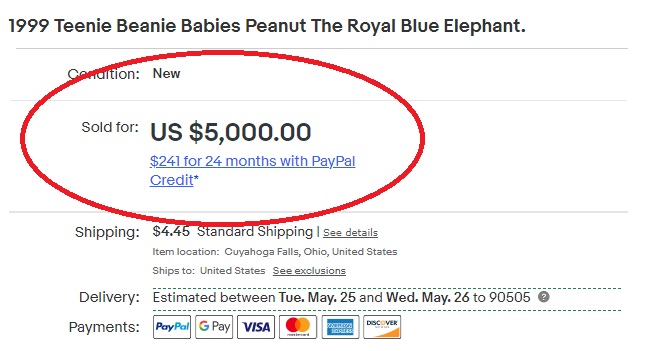 Ty decided to introduce a royal blue version of this dude after the popularity of it skyrocketed but, if you actually want to make 5 grand off of this bad boy, you’re gonna have to find one from 1995. Sorry, that $20 guy on Amazon is just not gonna cut it. 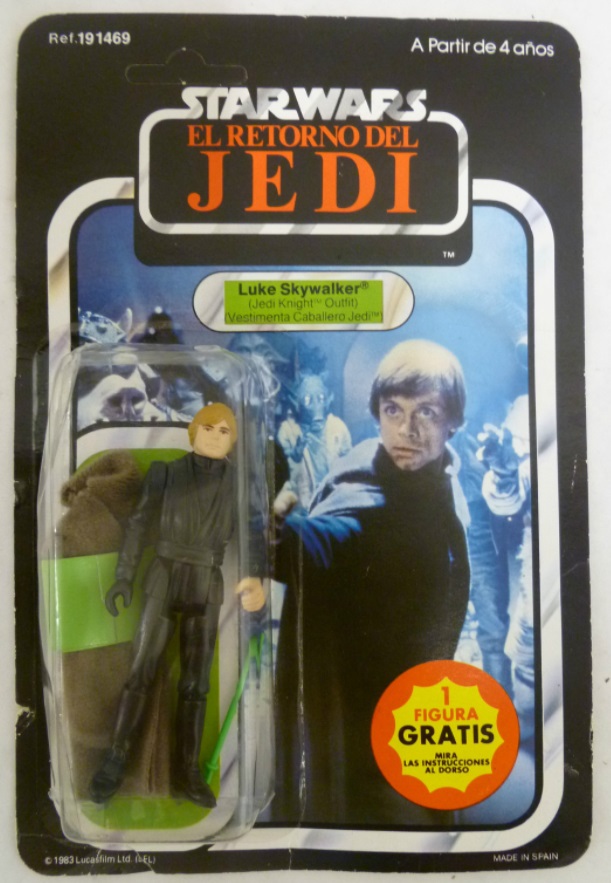 Look, I know we all love how Luke Skywalker’s story line came full circle in the last Jedi but, did you know that a figurine of our favorite Padawan sold for a crazy $5,100 on eBay. The Eldred throne on the Jedi Luke Skywalker action figure with his quote, “Jedi Knight outfit included”.

It’s known as the rarest Star Wars figure in existence. That definitely looks like he was about to use that Jedi Knight suit to crush some kids in a potato sack race out on the playground but anyways, I think we can all agree that El Retorno Del Jedi is still one of our favorite installments of the Star Wars saga. Look, we all know last Jedi did us dirty, so f**kin dirty. 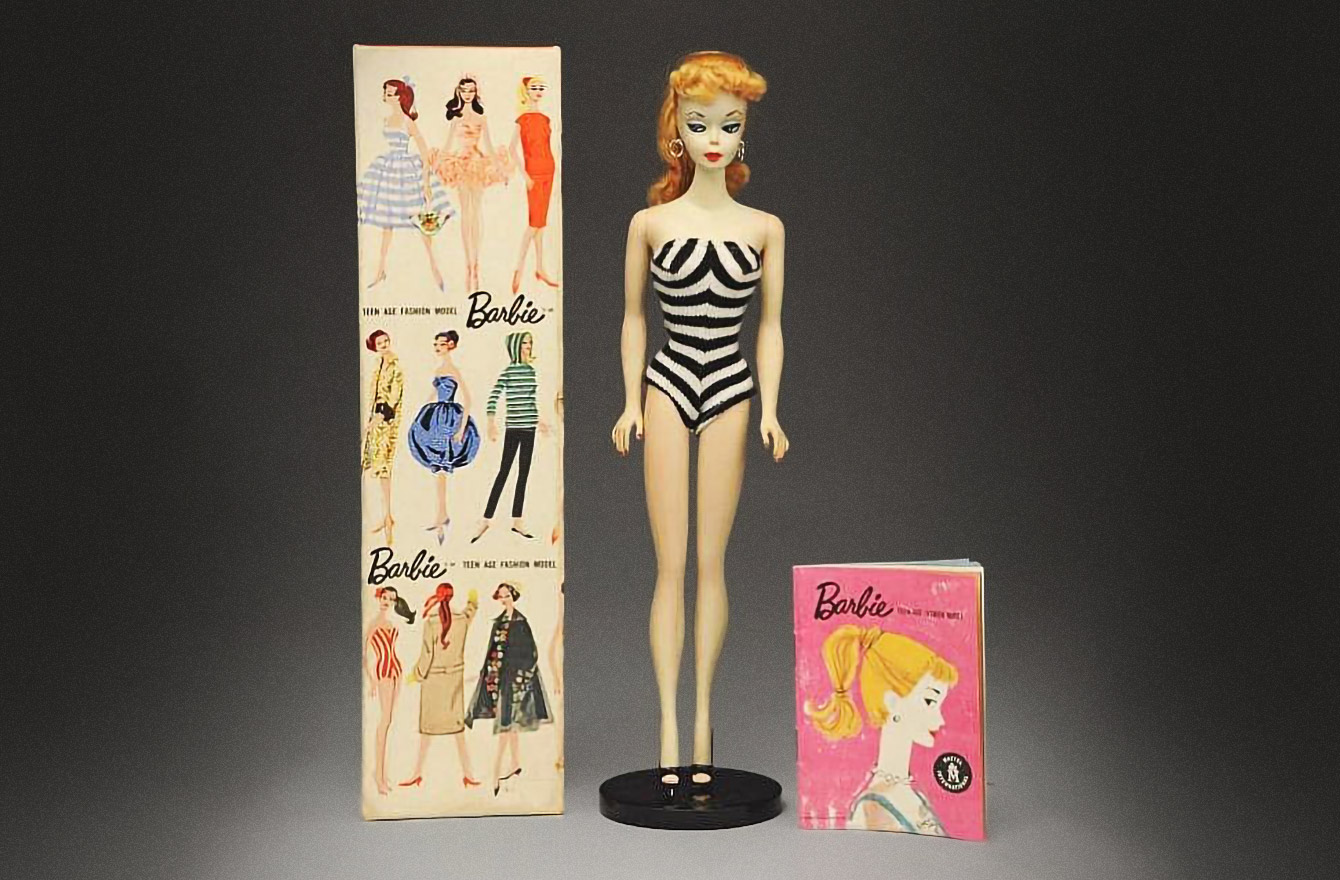 You know her, you love her, she’s the one, the only – Barbie. The international icon that is Barbie was born back in the 1950s. Bruce Handler who’s the co-founder of Mattel Toys, saw that her daughter Barbara was spending hours upon hours playing with paper dolls. Ruth sparked an idea, what if my daughter had a real 3D doll to play and imagine with.

Ruth got to designing right away and decided to name the doll after her daughter. In 1959, Barbie made her debut at the New York Toy Fair and has since skyrocketed in popularity. Since then, Barbie has starred in her own movies, TV shows, and has been a complete icon of popular culture. Anyway, if you get your hands on a first edition Barbie doll, you could be raking in a crazy $23,000.

You guys remember those Pez dispensers, those cheap plastic things that carried candy that was you know. Fine, so imagine one of those bad boys being worth $32,000. You’re probably thinking this thing is badass right? Well, let me just show you – seriously that’s all that it is. Please allow me to introduce you to the Astronaut B Pez Dispenser. This little space explorer was first introduced in 1982 at the World’s Fair in Knoxville, Tennessee.

Look, I know what you’re thinking, this thing looks so trashy, why is it worth so much? Apparently, there’s only two Astronaut B Pez Dispensers in existence today, so when this guy dropped on eBay back in 2006, all the world’s creepos who collect Pez dispensers in their basement were drooling over the possibility of owning this little guy. The top bidder handed over that crazy amount of $32,000. 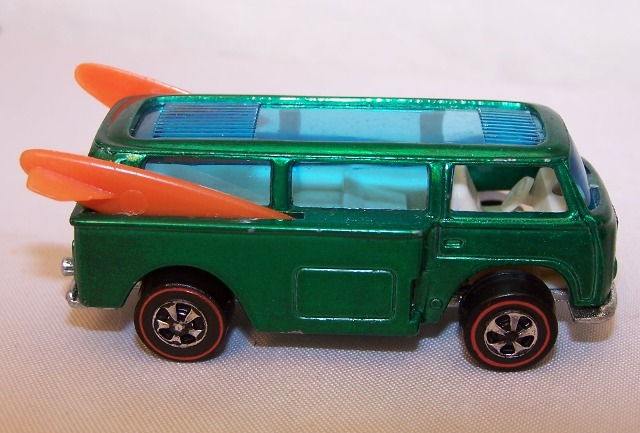 Look, I know when you think of Hot Wheels, you’re thinking of the fastest, beefiest, guitar solo, shred cars to ever exist but, for these guys who were driving low and slow to the beach to catch a couple of waves with the bros.

This is Volkswagen Beach Bum Hot Wheels which hit the market in 1969. It had it all, removable surfboards on the side of the car, a wider brown interior, end of list – sounds pretty sweet right? The problem with this car is that it had such a high center of gravity that it wouldn’t be able to stay on the Hot Wheels track.

Because of that, Hot Wheels decided to discontinue it and that made it an extremely rare Hot Wheels car that recently sold for $125,000. 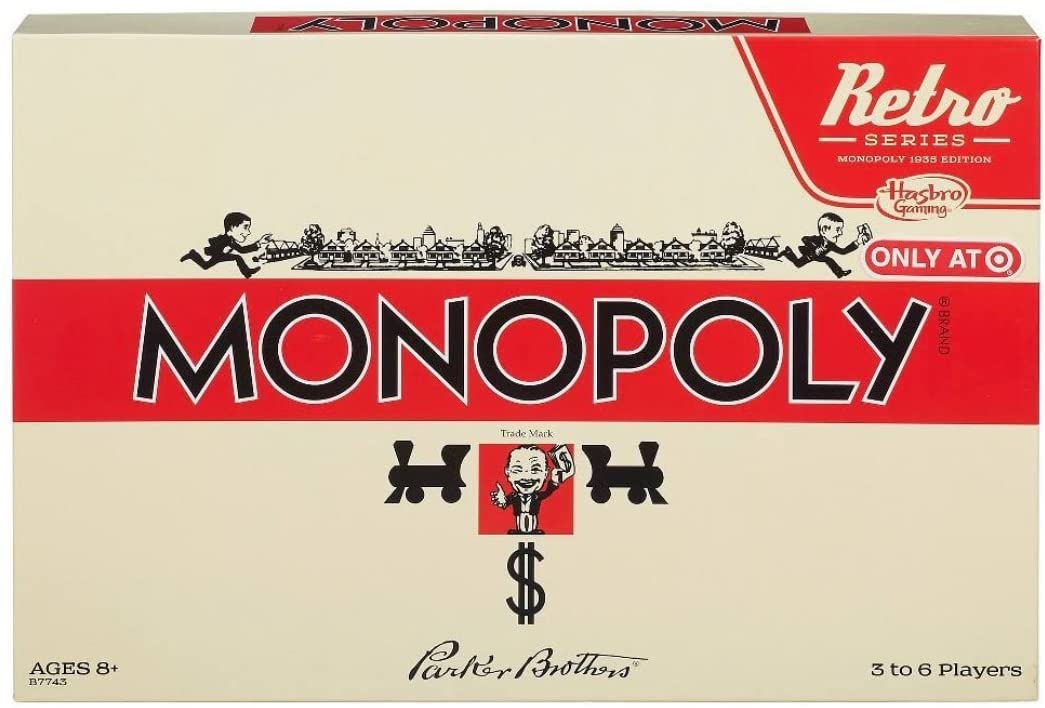 Next up we have the game we all know and love from our childhood – Monopoly. While we may hate this game collectively as a society, the story behind how we got it in the first place is actually pretty intriguing.

Back in 1903, anti-monopolist Lizzie Magie created the game in an attempt to easily explain the single tax theory of Henry George which we all know of right – which was just a fancy way of saying that she and activist and the game was made - get this, ironically. After a few decades, the game was passed down and eventually made its way to shelves.

Unfortunately, Magie was never given any credit for her game. Now, if you can find a first-edition game of Monopoly in mint condition from the 1930s, it can be worth $146,000. 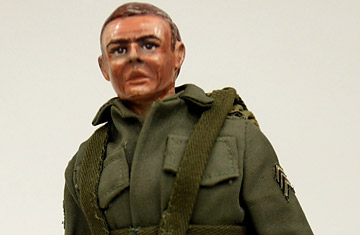 Imagine this, it’s 1963 and the United States is in the thick of the Vietnam War. The war doesn’t seem to be ending anytime soon so what comes next to get the public on board for the war effort, how about G.I. Joe.

Creator of the G.I. Joe series Don Levine hand-carved this G.I. Joe action figure prototype back in 1963 and it launched what would become one of the largest toy franchises in the country. Of course, he modeled his action figure off the manliest man in that point in time – Sean Connery.

Unfortunately, you probably won’t find one of these bad boys laying around your house as Levine only made one of these but, this prototype sold at auction in 2008 for an insane $200,000. 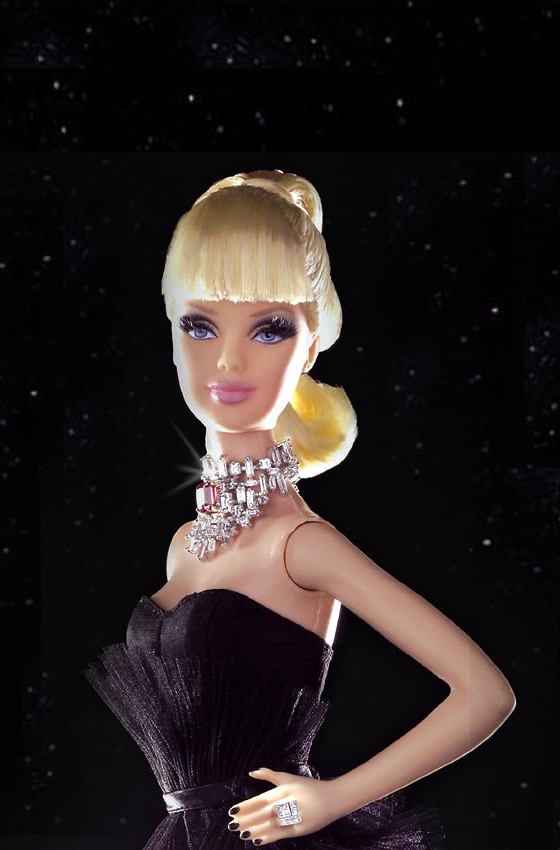 We're returning to one of our favorite girls for this last toy on our list - we have the Stefano Canturi Barbie. Back in 2010, Mattel called in the help of Australian jewelry designer Stefano Canturi to create a special edition Barbie doll in order to raise money for breast cancer research.

Canturi handcrafted a stunning diamond necklace for Barbie that alone was worth $300,000. At an auction in 2010, the Canturi Barbie sold for $302,500 which was the most expensive Barbie ever sold.

Well, that's it. What's your favorite toy was growing up?