Why Pokémon Toys Are Worth Money
Last updated December 16, 2022

Pokémon toys have been a beloved part of pop culture for over two decades now, and it's not hard to see why. From the iconic Pikachu to the dozens of other creatures that inhabit the Pokémon world, these colorful creatures have captured the hearts of millions of fans around the world. And as a result, Pokémon toys have become highly sought after collectors' items, with some of the rarest and most valuable examples selling for thousands of dollars.

But why are Pokémon toys worth so much money? There are a few key reasons for this. 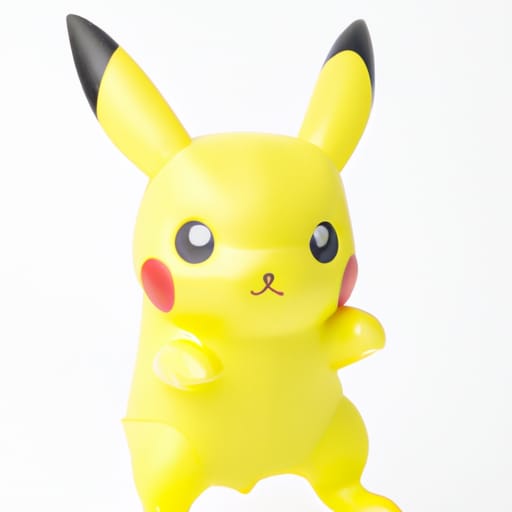 First and foremost, Pokémon has a massive and dedicated fan base. The franchise has been around since the late 1990s, and over the years it has spawned numerous television shows, movies, video games, and other forms of media. This has helped to build a loyal and passionate fan base that is always on the lookout for new and exciting Pokémon products.

Another reason Pokémon toys are worth so much is their rarity and collectability. Many of the most valuable Pokémon toys are those that were released in limited quantities or were only available for a short period of time. These include things like exclusive merchandise that was only sold at certain conventions or special events, as well as promotional items that were given away as part of marketing campaigns.

In addition to their rarity, Pokémon toys are also collectible because of their quality and attention to detail. Many of these toys are made to high standards, with intricate details and features that help to bring the Pokémon characters to life. This level of quality and attention to detail makes them highly prized by collectors, who are willing to pay top dollar for the best examples.

Another factor that contributes to the value of Pokémon toys is the nostalgia factor. For many fans, these toys bring back fond memories of their childhood and the joy that the Pokémon franchise brought them. This nostalgia can drive up demand and increase the value of Pokémon toys, as collectors seek out items that remind them of their favorite characters and experiences.

Finally, Pokémon toys are worth money because they are a part of pop culture history. The Pokémon franchise has had a huge impact on popular culture, and it has helped to shape the way we think about entertainment and media. As a result, many collectors view Pokémon toys as an important part of cultural history, and they are willing to pay top dollar to add these items to their collections.

In conclusion, Pokémon toys are worth money for a variety of reasons. From their rarity and collectability to their quality and attention to detail, these toys are highly prized by collectors and fans alike. Whether you're a seasoned collector or just starting out, Pokémon toys are a great investment and are sure to bring joy and enjoyment for years to come. So, it is always worth to collect Pokémon toys as they are worth a lot of money.

If you've been thinking of selling your old or new Pokémon toys, consider selling them on FiddlePiddle.com - a toy marketplace which doesn't charge any fees to list or join. Its absolutely free! It's really easy to join (all you need is an email and password) and you get paid instantly! We developed this platform because of the frustrations many people have when trying to list their toys on Amazon or eBay. Go on and give it a try - it's really easy!