How Much Do Old Barbies Sell For?
Last updated December 14, 2022

If you're a collector of Barbies, you may be wondering how much your old dolls are worth. The value of an old Barbie can vary depending on a number of factors, including its condition, rarity, and popularity. In general, however, old Barbies can sell for a significant amount of money. 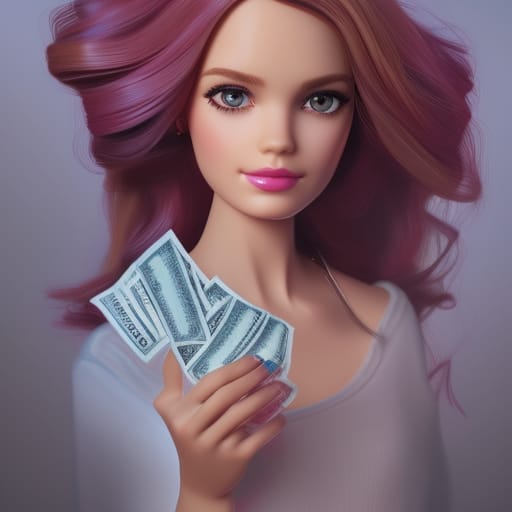 The first Barbie doll was released in 1959, and today, these vintage dolls are highly sought after by collectors. A mint condition 1959 Barbie can sell for thousands of dollars. Other early Barbies, such as the 1962 Bubble Cut Barbie and the 1967 Swirl Ponytail Barbie, are also worth a significant amount of money.

Of course, the value of a Barbie can vary depending on its condition. A Barbie that is in mint condition, with its original packaging and accessories, will be worth more than a Barbie that has been played with and is missing some of its accessories. It's always a good idea to carefully evaluate the condition of a Barbie before buying or selling it.

Some of the most valuable Barbies include the 1959 Barbie, which was the first Barbie doll ever made, and the 2006 Ruby Red Barbie, which was only available at the Barbie Convention that year. Other valuable Barbies include the 1965 Twilight Teal Barbie, the 1967 Swirl Ponytail Barbie, and the 1975 Malibu Barbie. It's important to note, however, that the value of a Barbie can vary depending on a number of factors, and it's always a good idea to do some research before buying or selling a Barbie.

Overall, old Barbies can be worth a significant amount of money, and if you have some vintage dolls in your collection, they may be worth more than you think. Whether you're looking to buy or sell, it's always a good idea to do some research and get a professional evaluation of your Barbies to determine their value.

If you've been thinking of selling your old or new Barbies, consider selling them on FiddlePiddle.com - a toy marketplace which doesn't charge any fees to list or join. Its absolutely free! It's really easy to join (all you need is an email and password) and you get paid instantly! We developed this platform because of the frustrations many people have when trying to list their toys on Amazon or eBay. Go on and give it a try - it's really easy!