Today we’re going to cover 10 toys that are worth a lot more money now than what you paid for them years ago when they were popular. A lot of these toys on the list I owned as a kid and some of them I still have and after doing some research, I might be selling a couple of them. Also, I just want to make everyone aware that these are not the exact dollar figures because things can sell for different prices at different times, it’s just the most common price that I was able to find for these toys so they might be selling for double on what they used to be worth at this point in time, so just keep that in mind but let’s go ahead and get started guys. 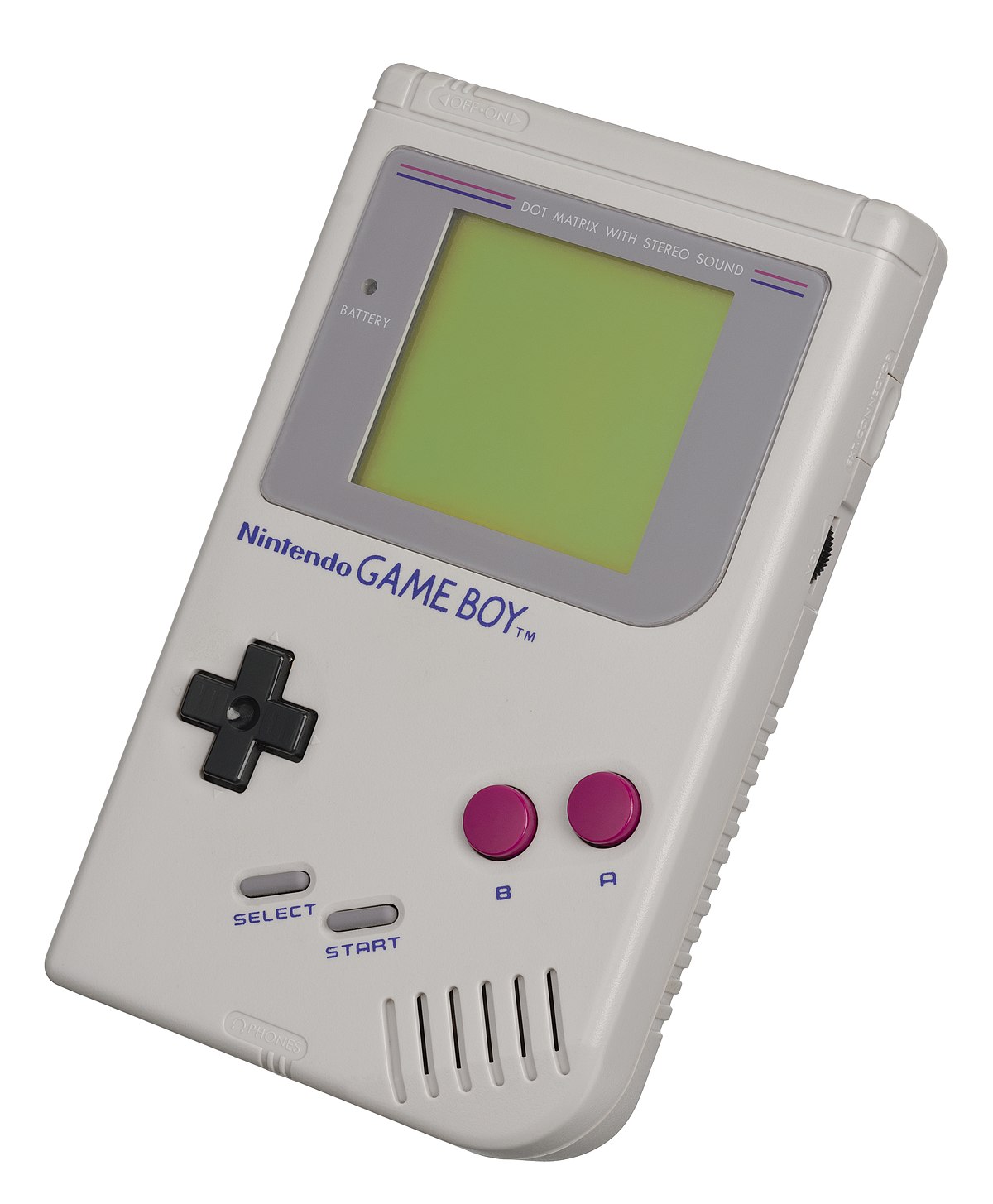 The original Gameboy which was released by Nintendo in the United States in 1989 revolutionized gaming by becoming the first handheld console available to consumers. Now, while the first shipment of Gameboys to the United States was comprised of 1 million units, they still completely sold out within weeks. The Gameboy line continued to have great success as more than 118 million units have sold worldwide since its inception and while the original Gameboy retailed for only $89, they can now fetch upwards of $500 in great condition. 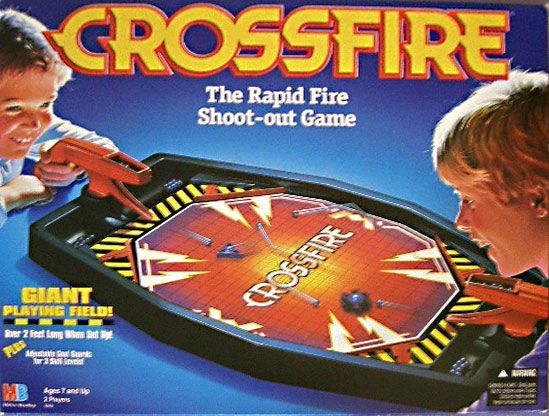 Next on the list is Crossfire. Crossfire is a board game that was created in 1971 by Milton Bradley. It considered of two launchers that shot metal ball bearings at plastic pucks on the board. The objective was to move the puck to the opponent’s side while defending your half of the board. If you have one of these stuffed away in your closet that’s in pretty decent condition, you might be able to get upwards of $100 for it – not too bad. I don’t know why I thought this game was so amazing but it might have been the really cool song from the Crossfire commercial. If you don’t know what I’m talking about, you might want to look it up, it’s pretty good. 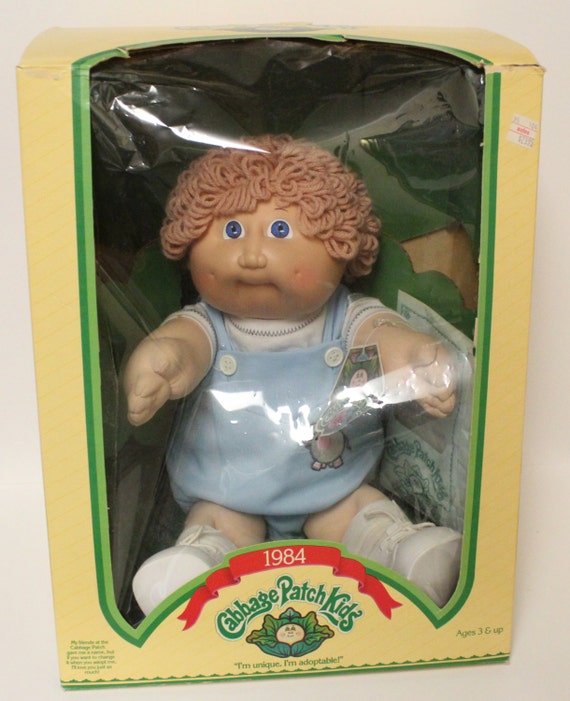 Now, we come to Cabbage Patch Kids. Cabbage Patch dolls were extremely popular in the 80s and they’re still sold today. What you may now know is that the dolls were actually ripped off from Martha Nelson Thomas who had been creating her own dolls since the early 1970s.

Well, 21-year-old American college student Xavier Roberts went by her dolls and then sell them at a highly marked up price and then so he could make even more profit. In 1978 he began manufacturing and selling his own version of the dolls and he branded them Cabbage Patch dolls. The dolls had a cloth body, plastic head, and even came with a birth certificate. If you still happen to have on of these original dolls, they now sell for around $300. 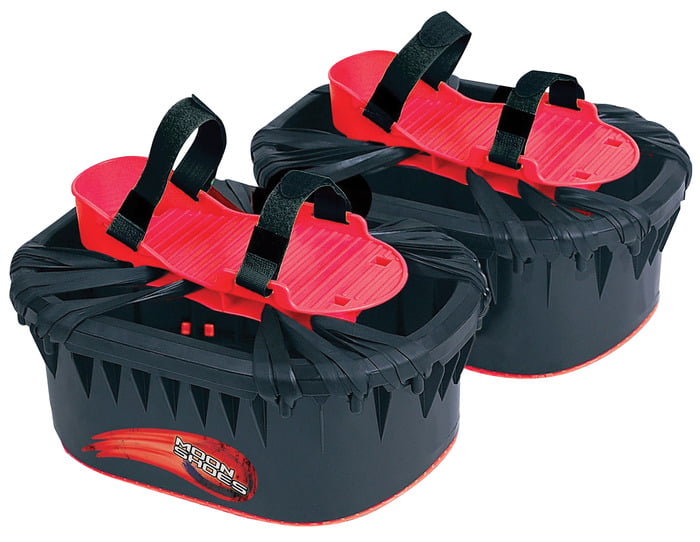 Moon Shoes were produced by car to joint Nickelodeon and once your shoes were strapped onto these things, you could bounce around and perhaps even feel like you’re on the moon. Of course, these things were really popular because what kid wouldn’t want little trampolines attached to their feet. An original pair of these shoes is likely to net you around $100. 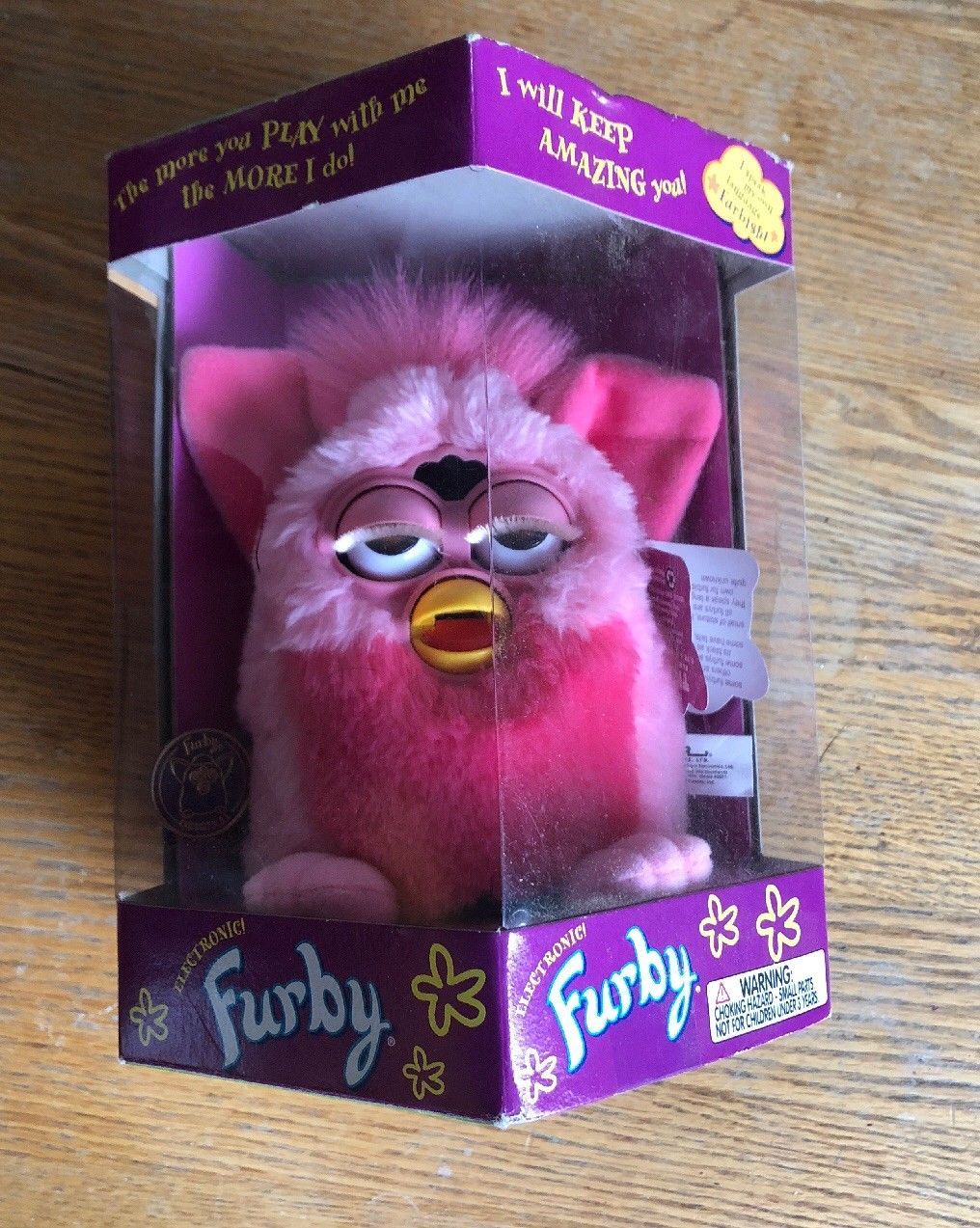 Furbys are one of the hottest selling toys in history for one 12-month period, 27 million Furbys were sold. These little robots would start out speaking furbish which is basically gibberish and then slowly they would start to speak English overtime and the question is this, where Furbys ever a threat to national security?

Well, during the height of their popularity, NSA workers were bringing them to their offices probably just as a stress reliever. However, the agency freaked out and banned Furbys stating that they didn’t want these toys to record classified information. Employees were instructed to report the sighting of any Furbys immediately. The owner of Tiger Electronics advised the NSA that the toys had no ability to record any audio whatsoever and could only recognize loud sounds produced around them. They weren’t even able to decipher language. The ridiculous office Furby ban was later lifted by the NSA and well, if you are intrigued by the story and like to go get an original Furby of your own, you can get one for around $500.

The fearless leader of the Autobots has been a favorite character from the Transformers series for many kids. I suppose that they had tons of fun pretending to drive a semi-truck around and then transforming it into a humanoid robot so that they get pounced on the Decepticons. This original Optimus Prime toy can sell for as much as $500

Tamagotchi were egg-shaped keychain sized that you would care for and raise as a virtual pet. These things were insanely popular during the 1990s. They were originally designed for teenage girls in order to give them an idea of what it’s like to care for a child. However, girls and boys like myself had these little toys.

While I thought that I was taking fantastic care of my Tamagotchi, it would often die to starvation or just general lack of care and I’m sure that this device that I owned is somewhere buried deep into a landfill right where it belongs. However, if I would have kept it in the box and never played it and saved myself a lot of frustration, then I might have been able to unload this torturous device for approximately $400. 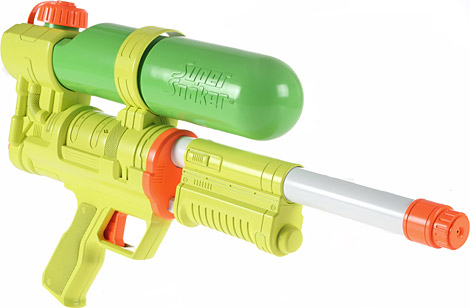 In the late 1980s, nerf changed the water game with the Super Soaker. Everyone has played with the cheap water gun that shoots a tiny amount of water with every trigger full. However, with the Super Soaker line, kids around the world became empowered to absolutely obliterate each other by sending a seemingly endless gush of water at each other.

While I never owned one myself, I was often quite envious of the neighborhood kids that were sporting the model that had the backpack reservoir full of water, ammo for days. If you happen to stumble across your old original Super Soaker then you’re in luck. You could fatten your wallet by as much as $400. 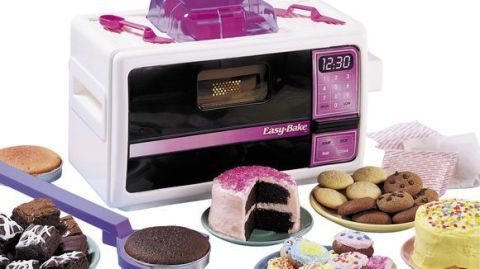 Easy-bake ovens are exactly as the title says, they offer an easy way for children to be able to bake food on a tiny scale. Older models use two 100 light bulbs to bake small cookies and cupcakes. The newest versions now have a dedicated heating element.

Now, when I was a kid, I secretly wish that my sister would get an easy-bake oven so that I could have an unlimited supply of chocolate chip cookies. Sadly, my devious plan never came to fruition and if my sister had successfully convinced our mother to buy one of these, then she could be putting it on the market as of right now and expect to get around $300 for her troubles. 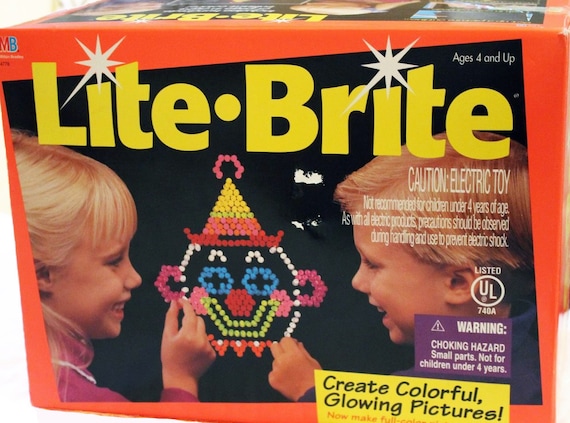 The Lite-Brite is a small plastic box with a light bulb inside of it. There are small holes that you can put translucent colored pegs into that create designs. I had one of these as a kid to be honest with you, I was less than impressed with it but don’t let that get you down. I never developed the artistic eye and my designs compromised of me fitting as many of these pegs into the board as possible, lighting it up, staring at it for probably about 10 seconds and then walking off to turn the PlayStation on.

All right, so which ones did you own? Or do you still have some? Get paid big by selling them today!